All my posts are moving!

Posted by Nikita Taranduke at 11:01 PM No comments:

WHERE HAVE I BEEN?

I have been living in a cave, trying to make this finally come to a finish. Enjoy.
Posted by Nikita Taranduke at 12:24 AM 1 comment:

Its been a really busy couple of months. I'm now back in California. Boulder has been my home for the past several months. I got side tracked on art for a while because I started to train for climbing and was really into that. But I did manage to do a bunch of art pieces on the side. Mainly gifts. I do have a bunch of sketchbook stuff for later. 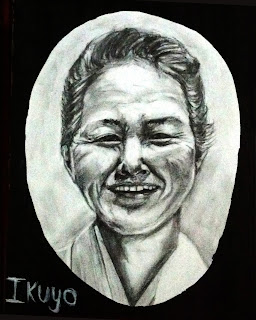 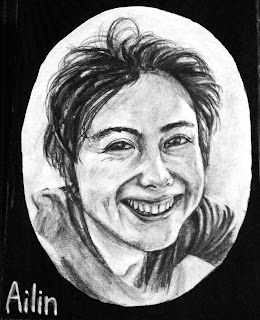 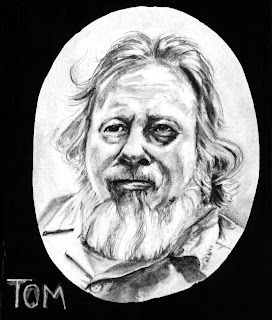 At first I drew some of my friend's family for a Christmas gift. She moved to Boulder and was a little homesick, so I drew her folks and sister to make her feel better.

I painted this on a plank of wood for a secret Santa gift exchange I did. The theme was three random words: Dinosaur, Liar, Raven. So I painted a siren that had the head of a raven and parts of a dinosaur. Sirens sing sailors to shipwreck so they are in essence lying to their victims. And I painted it on a plank of wood that I burned and beat up as if it was part of a ship that crashed due to sirens. I had a lot of fun doing this piece. 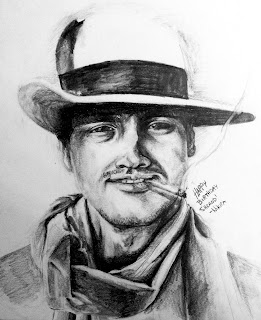 My friend Sherod I met out in boulder. It was his birthday and he wanted me to draw him. So i put Al Capone's hat on his head. 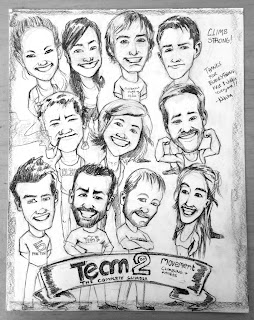 My climbing training team. I wanted to give a gift to my two coaches as a going away deal. It was really challenging to get everyone's completions correct! But very rewarding. I miss that crew already. 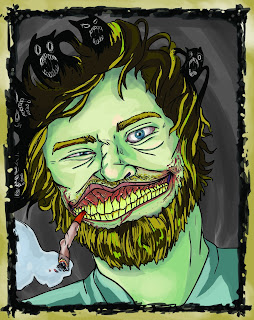 I drew a portrait of my friend Cassidy for his birthday. He likes monsters and scary things, so I made him ugly. It was really fun to work with.

And finally, I didn't do this piece but it was my gift I received from my old teacher Dave Yee, I was really lucky to have him as my secret Santa because this gift is AMAZING!!

More stuff to come, but I need to get a little bit situated in life first!

Posted by Nikita Taranduke at 5:07 PM No comments:

Haven't updated in a bit, so heres a bunch of stuff: 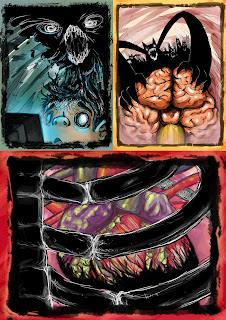 These were just some sketches that I drew up for a friend who wanted some drawings to accompany his poem for his creative writing class. It was fun to work on. The one with the kid reminds me of my friend Tim Tang's drawings. He is an amazing illustrator, you should checkout his work. 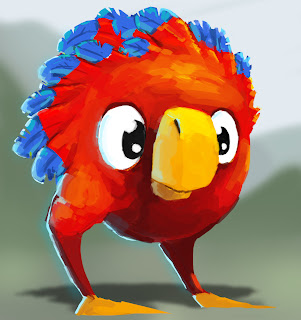 I felt the need to mess around in photoshop a while back, so I scanned a drawing of the bird guy I did earlier when coming up with the design and did a quick paint for fun. 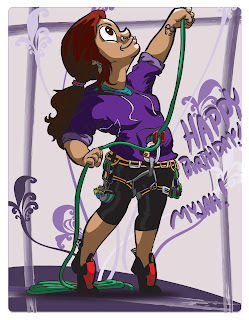 It was my friend's birthday, she told me she wanted to be a cartoon character, so I tried. 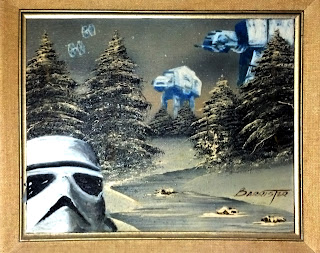 The other painting we bought at a garage sale that I painted over. Its silly, but was fun.


And this guy. I finally animated him and added some effects. Learned a lot about organizing files in flash and cool little effects to enhance stuff. Took a while to do, but was worth it. On to the next one. The design of this guy, by the way, is from these guys. The drawing/animation is what I did.

Also the film is coming closer to a finish so hopefully I can get a teaser trailer or something up sometime.
Posted by Nikita Taranduke at 12:17 PM No comments:

So, here is what I've been working on for a while. It took a lot longer than I thought and got complicated real fast. But heres a more or less finished version.


And heres a small preview of what is coming up next: 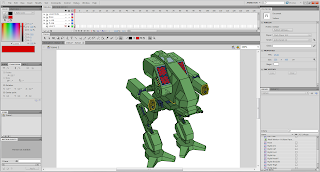 Now, this isn't my design idea, but I did draw this one. Its these guy's idea.

Oh and heres a logo I did for my friend recently: 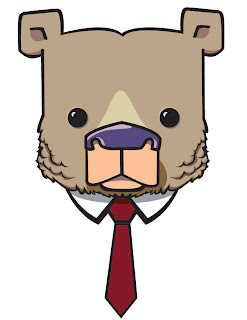 You can check out their website here. They're working on an online radio group called Serious Bears. If you're interested, you should check it out!

And one last thing. My friend, Marty Cooper, did this back in college. He would go to garage sales and pick up paintings for some cheap price, a dollar, if you will and would paint something on top of them to make them interesting. So my house made came back with this painting and I pained the space invaders on top. Fun! 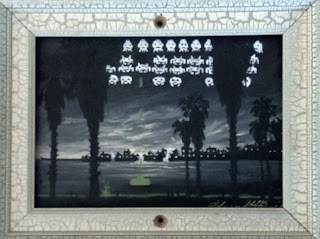 Posted by Nikita Taranduke at 12:10 PM No comments:

So here is a preview of what I have been doing in flash. This blue guy was my first attempt at using flash since one time in highschool. Taught myself an overwhelming amount.


As I got more comfortable, this is what I came up with. I plan to go and make some character actions for this guy.

Posted by Nikita Taranduke at 11:24 PM No comments:

More sketches and some paints 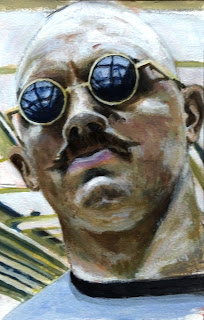 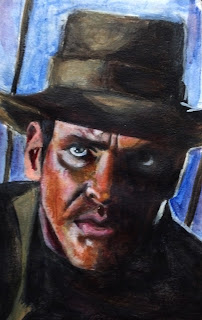 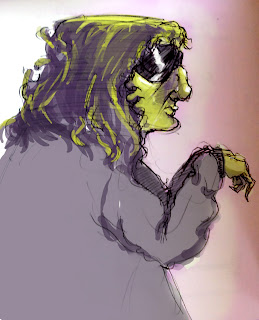 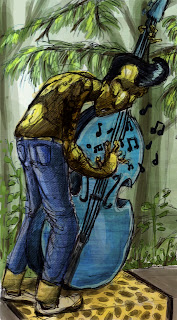 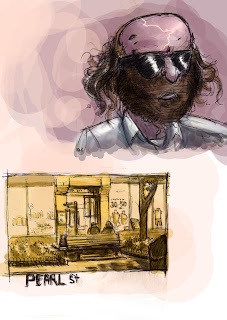 Nikita Taranduke
I am a graduate from San Jose State University in the Animation/Illustration department. You can contact me at nikitataranduke@gmail.com.

Artists to check out: